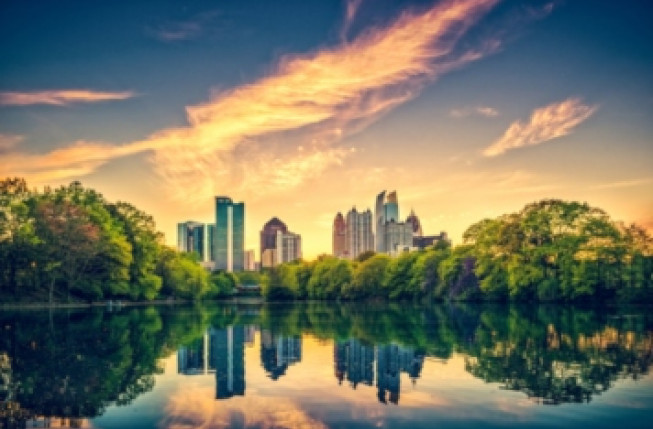 What’s in a Name: Becoming Atlanta

You’ve decided to visit the “City in a Forest,” our beloved city of Atlanta, most well-known as the capital of Georgia. Atlanta has a varied and storied history, packed full of fascinating tidbits that make our city the shining gem of the south.

Among them, Atlanta’s many names, misnomers, and legends. Find out below how Atlanta rose to be one of the most interesting cities in America, all with a name.

If you’ve ever been here before, you know that navigating the neighborhood can be a challenge. Atlanta boasts over sixty-eight streets in the city named “Peachtree” which is especially confusing as there are very few peach trees in the city. Peaches do not grow natively in Atlanta. It’s theorized that the popular name is actually a perversion of the name “Standing Pitch Tree” as the area was called by the First Nations at the time. No matter the reason, visitors were beckoned to the area by the promise of succulent peaches.

The city name itself is also a bit of a mystery. One of the more accepted stories is Chief Engineer of the Georgia Railroad, Edgar Thomson, named the city after his cross-country railroad, “Atlantica-Pacifica.” Another tale is he named the city after his oldest daughter. Either way, when you stroll the streets of our city, you’ll find no peaches or beaches, simply the enduring atmosphere of the South. 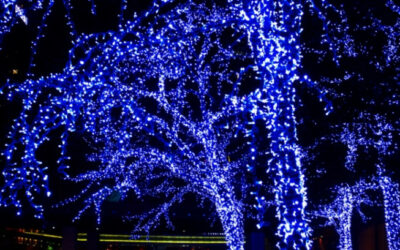 It’s the most magical time of year again. Shed a little light on your holiday experience in Atlanta by visiting any one of the vast collections of holiday light displays glittering across our fair city. We’ve gathered the best, brightest, and shiniest for you here.... 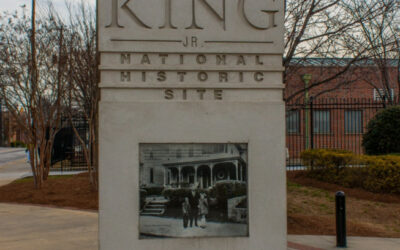 Atlanta is the birthplace of one of the most iconic American heroes of the century, a global destination for visitors to the museum dedicated to the legacy of Dr. Martin Luther King Jr. MLK Day is a big deal in Atlanta, a time for honoring the sacrifices of the past,... 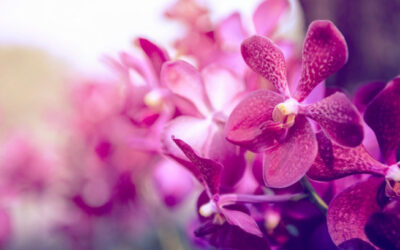 Make new memories at a vivid horticultural experience unlike any other with a visit to the Atlanta Botanical Gardens on Valentine’s Day for a special nighttime viewing of their stunning Orchid Daze exhibit. The orchid, long recognized as America’s favorite bloom,...

See All Posts
We use cookies on our website to give you the most relevant experience by remembering your preferences and repeat visits. By clicking “Accept”, you consent to the use of ALL the cookies.
Do not sell my personal information.
Cookie Settings Accept
Manage consent

This website uses cookies to improve your experience while you navigate through the website. Out of these, the cookies that are categorized as necessary are stored on your browser as they are essential for the working of basic functionalities of the website. We also use third-party cookies that help us analyze and understand how you use this website. These cookies will be stored in your browser only with your consent. You also have the option to opt-out of these cookies. But opting out of some of these cookies may affect your browsing experience.
Necessary Always Enabled
Necessary cookies are absolutely essential for the website to function properly. These cookies ensure basic functionalities and security features of the website, anonymously.
Functional
Functional cookies help to perform certain functionalities like sharing the content of the website on social media platforms, collect feedbacks, and other third-party features.
Performance
Performance cookies are used to understand and analyze the key performance indexes of the website which helps in delivering a better user experience for the visitors.
Analytics
Analytical cookies are used to understand how visitors interact with the website. These cookies help provide information on metrics the number of visitors, bounce rate, traffic source, etc.
Advertisement
Advertisement cookies are used to provide visitors with relevant ads and marketing campaigns. These cookies track visitors across websites and collect information to provide customized ads.
Others
Other uncategorized cookies are those that are being analyzed and have not been classified into a category as yet.
Save & Accept